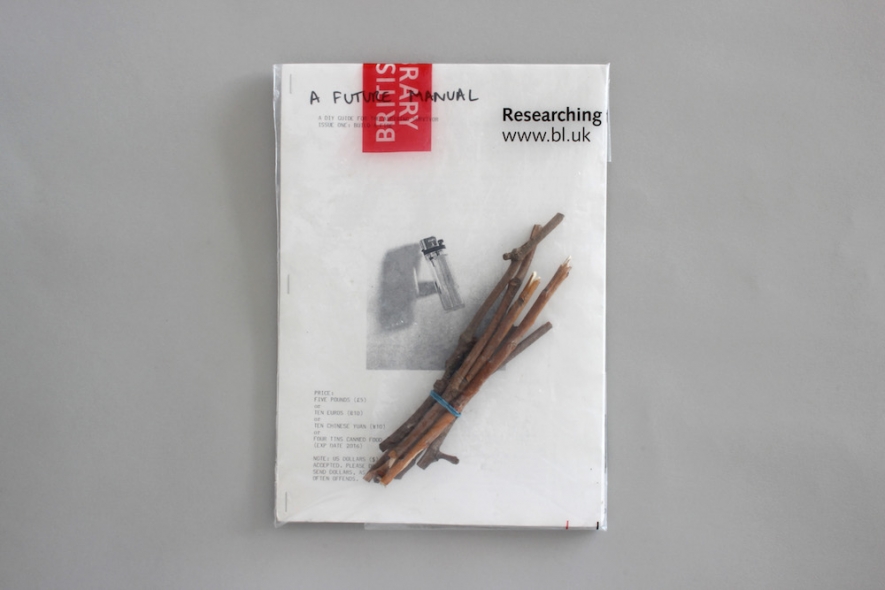 A Future Manual is a DIY guide to surviving and thriving in the bitter, barren world we’re creating for ourselves and our children.

Taking the form of an A4 photocopied guide, each issue aims to teach the reader just some of the skills they’ll need once we’ve spunked all the oil on plastic tat, Big Sainsbury’s is one fire, and the floodwaters are round our ankles.

Issue one was Build A Fire, issue two was Catch A Rabbit. Future issues will deal with keeping the lights on, riding a horse, and having a good old booze up.

The manual aims to explore the limbo period we’re all in, in which we know climate change is coming, but don’t seem to be that bothered about doing anything about it. It’s half hopeful, half hopeless; half useful, half useless; half funny, half sad.

Issue 1 and 2 are now sold out. There’s some more explanation here. Here’s some footage of a fire making workshop, held at And Space, in Shadwell, next to the river, in early 2014, before any of this ever happened.