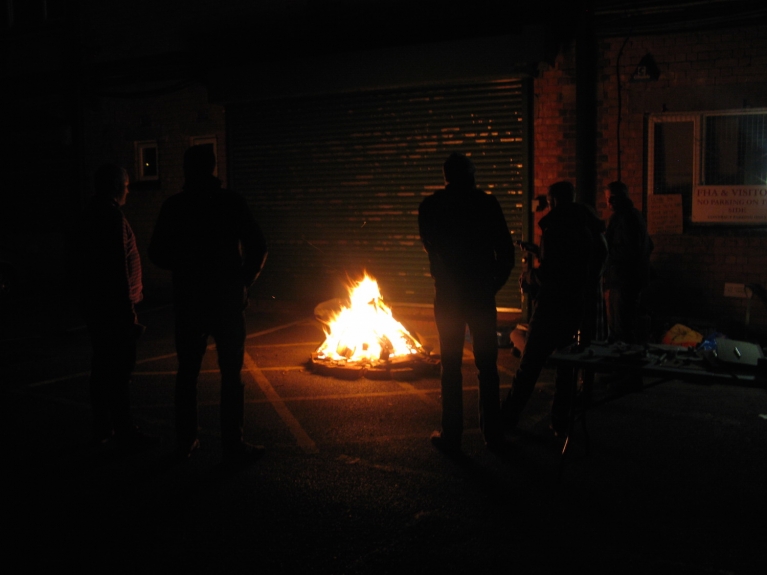 In which I embarked on a tour of the country, delivering a series of Future Manual workshops to teach people how to start fires with flint and steel and make rabbit snares out of iphone cables.

Venues included a piece of wasteland outside the Royal Standard art-space in Liverpool, Islington Mill in Manchester, the courtyard of Bloc in Sheffield, a beach near Llewellyn on the Welsh coast, a car-park outside A3 Project Space in Birmingham, a post-industrial estate outside Champ artspace in Bristol, and Ground gallery, in a shop-front in Hull. Each event ended with a bonfire; a jacket potato cooked in the bonfire to varying standards, served with bake beans; and a chance to sit and talk about what we'd just done, what was happening to the world around us, and whether we meant it. Note: the rabbit catching workshops made use of a toy rabbit off amazon, don't @ me.

Funded by the Artists’ Fund, London.